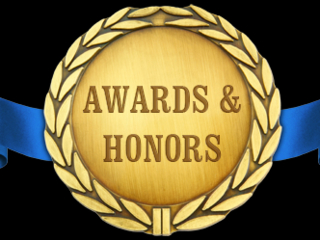 In addition to her BA in MCS, Nicolette is graduating this spring with a B.F.A in Visual Arts with a concentration in animation. During her time at UMBC, she completed internships with the Imaging Research Center, Career Communications Group, and Dreamscape Marketing. After graduation, she hopes to find a career where she can continue marrying her interests in art and media studies.

“JD” came to UMBC in 2016 after retiring from 13 years of active duty in the United States Army.  This past January, he was accepted into UMBC’s Entrepreneurship, Innovation, and Leadership pilot program. Taking both programs concurrently, JD will graduate this spring with a Bachelor’s in Media and Communications Studies, a minor certificate in Theater, with aspirations of owning and operating a local non-profit for Veterans.

Cazzy Medley is a Senior at UMBC, double majoring in Media and Communications and English. During her time at UMBC, she has worked various jobs and internships including writing for What Weekly, tutoring at the Writing Center, assisting at Interdisciplinary Studies, and working as a social media intern for the Alex. Brown Center for Entrepreneurship.  She has a passion for sustainability and human rights, and hopes to use her skills to fight for those causes after graduation.

In addition to her MCS major, Rayma minored in Information Systems. She served as delegate to the MCS promotion and tenure committee in 2017. She was the social media and marketing intern for the non-profit Words, Beats & Life in the summer of 2017. She is currently public relations manager for UMBC’s hip-hop dance troupe, Major Definition. She really enjoys film and plans to work for a production company, hopefully increasing minority representation in mainstream cinema.

Nicole Eggleston transferred to UMBC in the Fall of 2015. She graduated with a BA in Media and Communications with two minors in Music and Entrepreneurship & Innovation in December 2017. During her time at UMBC, she completed 3 internships. She also served as delegate to the MCS promotion and tenure committee in 2017. She is currently working the front desk of a local architect firm (KPN Architects) will be attending the University of Baltimore for grad school in Publications Design sometime in the near future.

Award for Creativity in Media Production

In addition to her MCS major, Evie has minors in American Studies and Dance and an Honors College certificate. She has had internships with Consero Group LLC and The US Attorney’s Office, and is currently an intern for Delegate Mary Washington in the Maryland General Assembly. After graduation, she is looking for job opportunities that, like her current intern position, combine media and communications with civil service, social justice, or culture.